Eric B posted 2 days ago at 10:56 pm
Center parameter interpolation
I was hoping that switching the center parameter's keys to smooth interpolation would result in a smooth change of direction in a zoom animation. A gentle, natural-looking curve instead of an abrupt turn-on-a-dime. But the interpolation settings don’t seem to have any effect. It's always the same sharp turn halfway through.

Eric B posted Jan 18 at 9:50 pm
HEIF file output
HEIFs are about 1/3rd the file size of PNGs, which are the smallest lossless files Ultra Fractal can write.

I’m converting the PNGs to HEIFs with another app but it doesn’t batch-process very well. It’d be sweet to have lossless HEIF right from UF. Even better if the files are saved with the .heif extension not .heic because Final Cut Pro and other apps don’t recogni
read more
read more
2replies
35views
recent by Eric B  ·  5 days ago at 8:07 pm

Here's an excerpt of a formula printing some debug results:

physicist posted Dec 29 '22 at 2:14 am
Rendering erros
Something curious is happening. Here's an exported image from UF. Looks right.


Here's what I get when rendered (normal anti-aliasing, forced linear drawing).


Noticeable differences, not subtle. Not solved by changing anti-aliasing parameters or precision. And if I render the same thing again, different results! 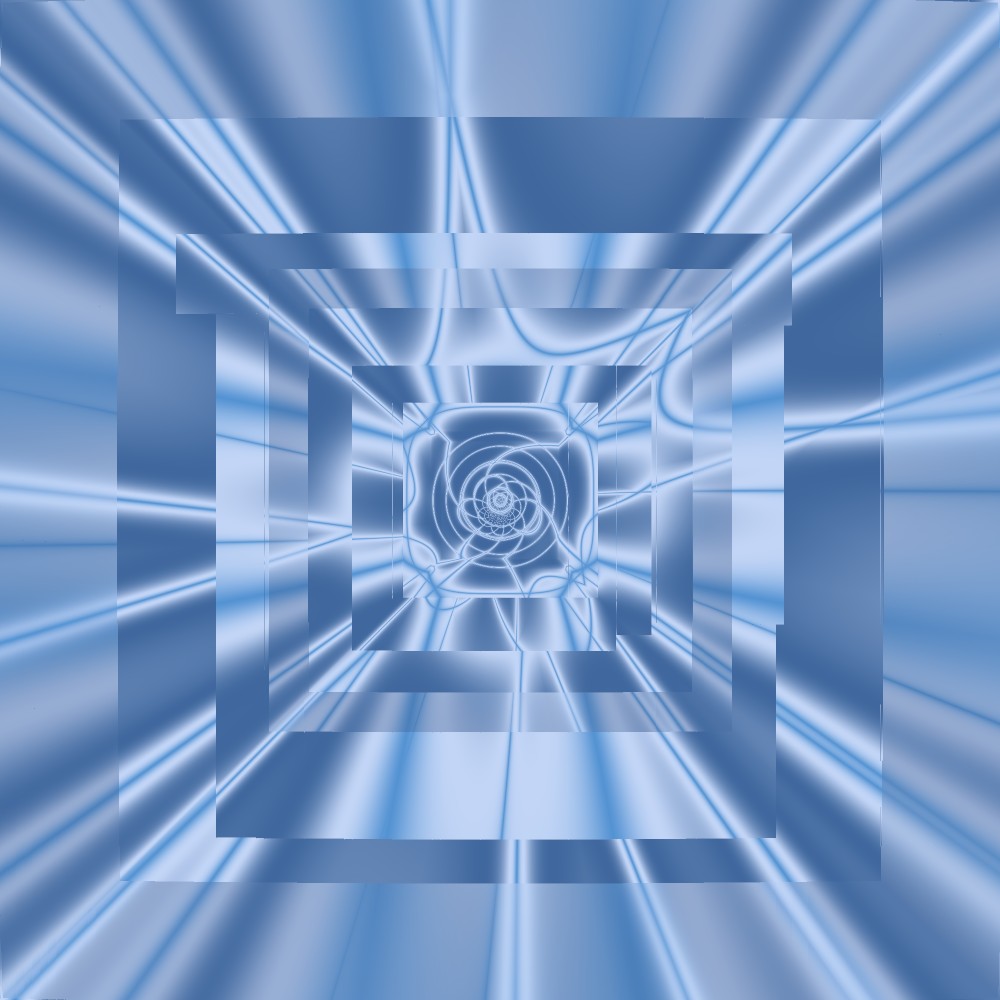 Eric B posted Nov 13 '22 at 6:22 pm
Motion blur hyperthreading
When rendering animations with motion blur, all is well for the first 90% of each frame. This is when UF is calculating the fractal and antialiasing. The four CPU cores are maxed out and the CPU is 0% idle, as shown below on Activity Monitor.

But then comes the final 10% of the frame, which is when motion blur is being calculated. UF suddenly gets a lot slower. The CPU is 70% idle. 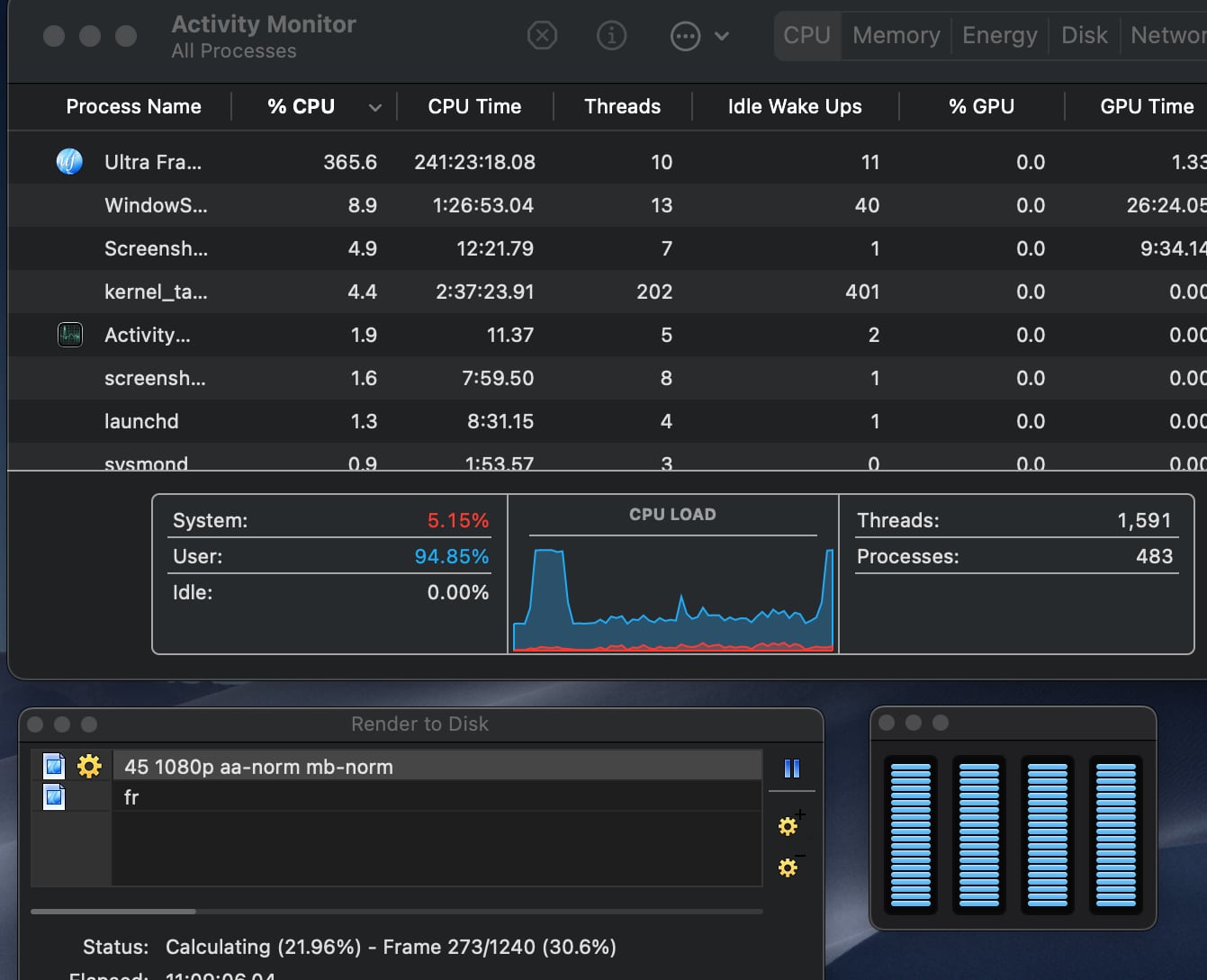 dint posted Nov 10 '22 at 10:32 pm
Combining Fractals with Images
I am going through the UltraFractal help

And I get to this step:

"Locate the Color Trap plug-in parameter (currently set to Trap Shape Wrapper) and click the Browse button next to it. Navigate to the common.ulb file in the Public folder and select the Image Trap plug-in."

I get the follo

default = 1/#magn
which can be useful, but doesn't allow

Also the help entry "min setting" has a typo. The sentence "If this setting is not specified, there is no maximum value for the parameter." Obviously it should say minimum.

Mossop posted May 2 '22 at 12:05 pm
Plans for an Apple Silicon build?
I see the only version of Ultra Fractal available for macOS is still an Intel build. Are there plans to do a build for the new Apple M1 processors? I imagine it would be a lot faster for those devices.

physicist posted Oct 6 '22 at 1:49 am
Statistics tab
Here's a fractal with 100% of points Inside; no points reach the bailout criterion. The Statistics tab says that the Min and Max iterations are both zero. I would have expected that both Min and Max would be set to #maxiter.

This is either a bug or a feature.

physicist posted Sep 9 '22 at 2:27 pm
Make #numiter readable?
Currently #numiter is readable only in the Final section of a ucl coloring formula. It is not even readable in the ResultIndex function of a ulb Coloring formula, where one might expect to be able to use it.

If #numiter were readable in any coloring formula, whether in a .ucl or. ulb file, some interesting coloring options would be available. For example, if coloring according to distance fro
read more
read more
2replies
49views
recent by physicist  ·  Sep 13 '22 at 7:50 pm

I just ran into this new problem. When I render to disk in high resolution, it tells me that I have to render in tiles because the image size would exceed 2 GB. This didn't happen before. Just to make sure, I tried to re-render an older image which previously worked, and UF is now also refusing to render it.

In one instance, the predicted file size was around 900 MB, the sum total 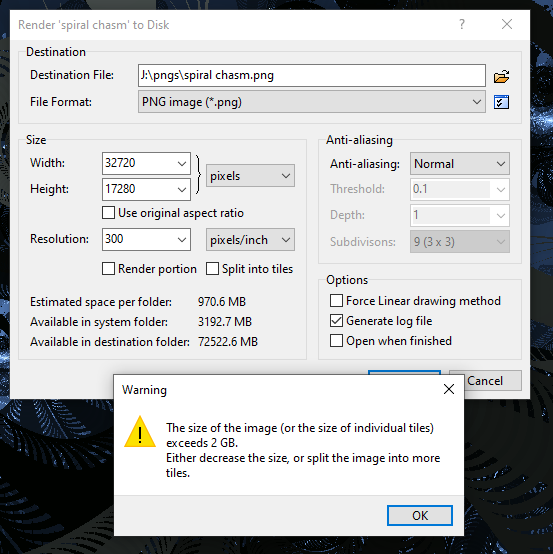 physicist posted Jun 12 '22 at 8:36 pm
Strange rendereing
Here's a test case, a base layer all white, a second layer with a small black dot in the center. (The fractal where the problem came up was more complicated!) The black dot is a circle with a radius of .01 in a window of width 4, so at 800x800 it's 4 pixels wide and shows up clearly in the UF window, with or without anti-aliasing.

Problem: sometimes the rendered image does not show the black 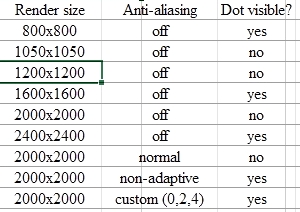 physicist posted Jun 6 '22 at 7:12 pm
Turn off all sound?
I would like an option to turn off all the sounds.

Currently (on Windows) when I exit a fractal without saving it, or save over an existing upr or render over an existing image, a window pops up and Windows Background.wav plays. The popup without the sound is sufficient.

physicist posted May 13 '22 at 8:52 pm
Unhelpful error message
When loading an old fractal after changing my formulas (without proper attention to old fractals), I got this error message:

If the error message could be improved, that would save some debugging

I upgraded to UF 6.04 today and every time I open the explorer window for any parameter I get a huge CPU spike. This happens even if my mouse is nowhere near the window and nothing else is rendering. This takes several seconds and despite having a 12C/24T CPU it drains my computer of resources to an extent that even the playback of windowed Youtube Videos starts to stutter.

I'm currently rendering a fractal that told me it would take 8 hours initially, quickly rose to 9 hours, then 10 hours. Now it has been running for almost 3 hours and it still predicts between 9 and 10 hours.

Here's my guess of what is happening: The fractal is basically a spiral with the highest iteration counts toward the center of the image, so I would expect the rendering to sl

I recently ran into the problem of wanting to use the switch to Julia mode on a pretty multi-layer fractal. It would be great to have a way of using all layers for the new Julia fractal, rather than just the active layer. I get that it's possible to do them one by one and copy-paste them into the same window, it just seems a lot more tedious that it has to be.

I'm not sure what this isn't a thing, when using the explorer I can press escape to exit, but when I'm in eyedropper mode, this doesn't work. It should be straightforward to add this and would make it a lot more convenient.

physicist posted Aug 22 '21 at 1:45 pm
Set precision in debug printing
(I may have asked for this before.)

When debugging a formula, I don't need 15 decimal digits of precision in a printed line to see what's happening. A setting like
$decimals 4
would be nice to have. Not necessary, but nice.

gerrit posted Jul 1 '21 at 3:46 am
Bug or user error?
This coloring UCL file is supposed to detect period of an orbit, and assign color index accordingly. Testing on plain mandelbrot set gives a noisy result (can't attach image here I guess, any color map, linear 0.1; values are in 0-20 range). I can see nothing wrong with the code and I have turned of guessing, normal periodicity checking, messed with tolerance, max iters, even tried extra decimals
read more
read more
3replies
79views
recent by rsidwell  ·  Jul 2 '21 at 6:30 pm
Load more
All posts under this topic will be deleted ?